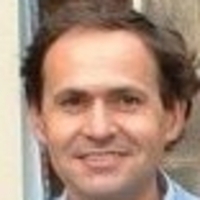 Recently, a number of authors (e.g., Papineau, Sterelny, Schulz) claimed that means-end reasoning, understood according to the classical folk-psychological-  rational-choice view, ought to be seen as an adaptive trait having played a key role in the evolution of human cognition. Introducing the diachronic dimension and going evolutionary in this field is by no means a new dialectical strategy. It was previously pursued by different theorists putting forth an account of the specificities of human decision-making in the real world in terms that fully oppose the classical folk-psychological-rational-choice view (e,g., Cosmides, Gigerenzer, Carruthers). Underlying these disparate evolutionary justifications for such conflicting views regarding our present cognitive make-up are different conceptions regarding the selective pressures in operation in our evolutionary environment. However, the facts of the matter are that we know next to nothing about the environments our ancestors actually evolved in and the selective pressures they originated. Thus, we are not in a position to responsibly adjudicate between these conflicting evolutionary arguments.

Thus, after having gone through them, what we are left with is a synchronic debate in cognitive psychology. The evidence collected so far in this debate is inconclusive. This synchronic inconclusiveness extends itself diachronically, however. I’ll therefore conclude that, contrary to the expectations the above-mentioned authors raised, the explicit introduction of the evolutionary dimension in the human decision-making debate will not tip the scales either way.